If you don’t know, Previews is the catalog that Diamond Comic Distributors use to offer the products they distribute to comic book stores around the country. This is where you can view and order (through your favorite Local Comic Book Shop) comic books, trade paperback collections, t-shirts, books, media, and toys and other collectibles from hundreds of different vendors that deal in geek-oriented merchandise. The genius part is that you actually have to pay for your copy of Previews for the privilege of ordering other things to pay for.

It’s like the Ren Fest except without the horse poo smell.

So every month a new edition of Previews is sent out to comic book stores. Contained in the pages within are products that might be currently available or could be released anytime in the next year; but are typically about two months away. Most of this month’s offerings are scheduled to ship in November.

Now it’s time to discuss a few of the weird and/or wonderful items offered in this month’s edition! 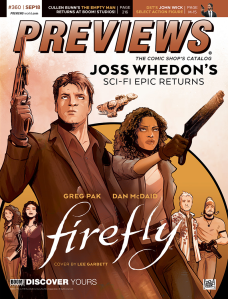 Prior comics about Captain Tightpants and friends just haven’t done it for me. I can’t put my finger on it, but it might have something to do with the massive holes left by the loss of Wash and Book, two of my favorite characters.

But this solicitation used the two words that were guaranteed to get me back into the ‘verse – Unification War. This is a good, good plan and I have faith that Greg Pak is the guy that can deliver the tone and narrative I want.

Skottie Young’s imagination and storytelling ability place him among the best in the business and the sample art from Jorge Corona looks fantastic. If Middlewest delivers at top form it has the potential to be the new Saga, and with that book on break it’s a perfect time for a new fantasy book to step up.

Okay, I hate to start off on a bad foot, but I didn’t care for Liam Sharp’s art on Wonder Woman. It’s not bad by any stretch, but it was a little too Prince Valiant for my tastes, if that makes sense. But nothing is going to stop me from buying a Green Lantern comic by Grant Morrison. End of discussion. 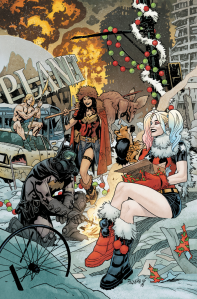 Winter specials are always fun, regardless of how politically loaded the copy is. Careful, DC – you’re gonna end up on a list! Or not able to work for Disney. 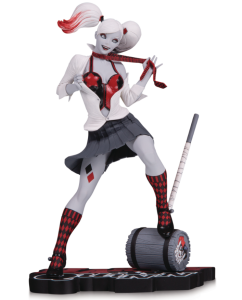 Maybe this is a little cheesecakey, but I don’t care. It’s sort of Harley Quinn by way of Britney Spears, which is a concept I find very amusing.

In days past we would have had a whole line of action figures based on Batman: White Knight, but DCC seems to be having a little trouble finding itself lately. As such, this is the best we’re going to get. I’m not much of a statue guy, but I’ll gladly fork over cash for any representation of Murphy’s badass Dark Knight.

I hate that I’m so jaded toward the X-Men.

Aside from GI Joe they were the first comic book team I ever cared about, but Marvel has – in my opinion – done them so wrong over the last (two?) decade(s?) that I just can’t make myself care anymore. I’m sure part of it is Old Timer’s Syndrome – the inability to accept that the things you love must change – but part of it is also how much the mutants feel like an afterthought in a post-MCU Iron Man world.

Matthew Rosenberg is a writer who has recently made my “watch this person” list and I’m a fan of Kelly Thompson’s work, but just the fact that there are three different voices attached to this project gives me pause.

I wish that I could just get genuinely excited for an X book the way I can for so many projects DC launches, but Marvel has yet to make their way out of the muck they’ve been strewing in for the past few years.

That’s just my opinion. You are under no obligation to agree. 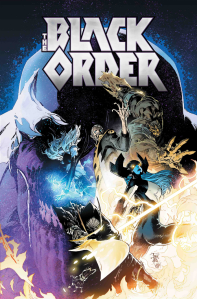 This is very interesting to me.

The Black Order were one of my favorite parts of Infinity War. I’ve never read a comic featuring the group and I know absolutely nothing about them beyond their on-screen portrayals. Some considered their characterization shallow in the movie, but to me we got as much as we needed, and just enough for me to be tantalized by the idea of learning more about them.

At first glance this may look a little silly, and it might be. That’s fine because the writer, Robbie Thompson, is the guy responsible for the excellent Spidey! series from a few years ago. I love the idea of him writing Han Solo.

Yeah, yeah – omnibuses are pricey. But trust me when I tell you that Aaron’s run on Star Wars is worth the price of admission. This is the run that turned Marvel acquiring the license into gold. It’s a legendary licensed book that will likely go down as one of the most successful comic tie-ins of all time.

This includes “Welcome Back, Frank”, one of the greatest Punisher stories of all time and without a doubt one of the most often referenced. You owe it to yourself to read it if you haven’t already.

Speaking of owing it to yourself to read things, this collects the first 14 issues of Peter David’s run on X-Factor that I’m always talking about, as well as the three issues of Incredible Hulk that tied into them. It’s great stuff. Buy it.

You should all know by now that this is my jam and will always get my highest recommendation. 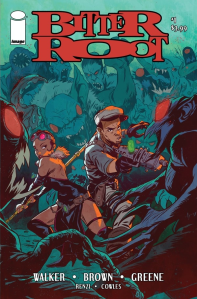 I’m always up for some period piece monster hunting.

I am familiar with the creative team but haven’t read a whole lot of their work. The pages included in the magazine version of Previews look great, though. The characters are dynamic and full of… uh, character. There’s some Amanda Conner levels of expressiveness going on here.

Okay, leaving out the fact that Mike Norton is great and a national treasure, do I even need to explain why you need to buy this? 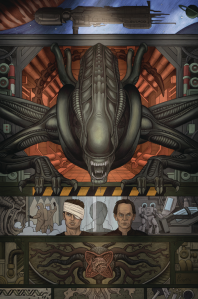 Once this gets collected I’ll read it for sure. 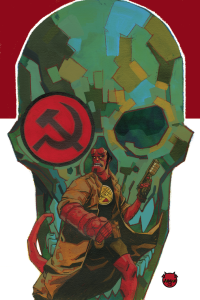 This line of self-contained one-shots and miniseries has been excellent so far. I’ve no reason to believe this trend won’t continue! 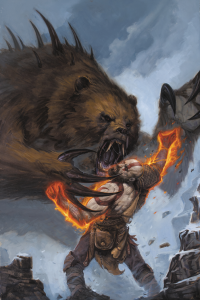 The recent God of War game is one of my all-time favorite video games and I’ve loved the franchise from the beginning. I’m ready for the further adventures of Kratos and Atreus, but I have to admit that the sample art isn’t doing much for me. Still, this is only 4 issues and I trust Dark Horse, so I’ll give it a shot.

I already own the book about the toy line, which featured all of the package art that I can remember, but it would be great to have lithographs uninterrupted by binding. I wish they had specified the dimensions for this thing. 11x17ish would be great, but if it’s 9×12 or something it’s not all that exciting. 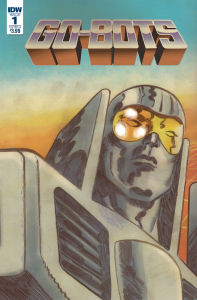 Oh, man. This has the potential to be a trippy, insane version of Transformers in a way that the original 80s franchise never achieved. I am very intrigued.

It could also be boring dreck, but for some reason I have a good feeling about this.

I need to get caught up on this (and everything else I’m reading), but I’m comfortable giving my recommendation if you’re into mythology, religion, and cryptozoology. It’s about the other ark that was built to survive the Great Flood – the one with all of the creatures that aren’t around anymore.

Believe me – you don’t even know how much art William Stout has created. I just moderated a panel for him at Dragon Con and he almost literally melted my brain with the sheer volume of projects he’s been involved with. This year marked the fourth time I’ve shared a table with this remarkable visionary, but the first time the panel was devoted solely to his work.

I’m getting this book. For sure. 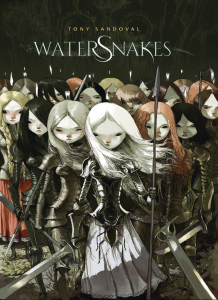 This art is creepy and adorable. The cover alone is tremendous, but the sample interior pages reveal a dark and disturbing narrative. Mrs. Troublemaker will be getting a copy of this for Christmas.

I’m gonna go out on a limb and proclaim myself to be 100% on board for this movie.

Battle Angel is one of the few manga/anime franchises I truly enjoy. I think the trailer for the movie looks great and I can’t wait to see it on the biggest screen possible.

It kind of stinks, though, because it comes out on December 21st, the same day as Bumblebee and Aquaman. You guys, Alita is probably going to get slaughtered at the box office.

This isn’t THE One:12 Batman I’ve been waiting for, but it’s pretty damn good.

I didn’t think Mezco would be able to tweak the Sovereign Knight design enough to entice me, but man this is one badass figure. The blue coloring and the outstanding Bat symbol make all the difference in the world. It also comes with an unmasked head, which is a big selling point for me.

I won’t say they’ll never release a better version, but this one is going to be hard to top. I’m still hoping for an Aparo-style version. 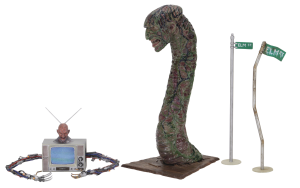 Is this co-sponsored by Bad Dragon?

Hela is one of my favorite villains from recent movies. As such, I want this and probably also the Hot Toys release. The problem is that the Marvel Legends version is actually one of the best MCU figures Hasbro has ever released and I don’t think I can justify paying $80 for this one. I certainly can’t justify the Hot Toys price tag, especially when it only comes with one head.

Let us know what you’re looking forward to in the comments, or join the discussion in the Needless Things Podcast Facebook Group!

One thought on “Comic Book Wednesday – Previews September 2018: “Go-Bots Being Back is A Thing””