NECA’s line of 8” clothed action figures is one of my favorites right now. They’re essentially style updates of the classic Megos that were my first action figures, but with a focus on horror franchises.

They have released numerous non-horror figures from A Christmas Story, Planet of the Apes, National Lampoon’s Christmas Vacation, and more; but my focus is on the horror stuff. And Weird Al. And probably Ace Ventura.

NECA has hit the modern standards of horror with this style – Freddy, Jason, Leatherface and family, Ash, and plenty more. They even released a Herbert West recently. And I wouldn’t be surprised to see a Michael Myers or two sooner than later.

The figures are great and fairly easy to collect because NECA releases one every couple of months, so they aren’t overwhelming. And as much as I love the 80s horror icons, I think it’s time to look a little further back and dig a little deeper.

I’ll go ahead and say right now that the Universal Monsters won’t show up here. I love ‘em and I think NECA would do a great job, but I have plenty of those guys. I haven’t even bought Super7’s great-looking new 3.75” figures yet because I’ve already got so many Draculas, Gill-Men, etc.

But there are some characters that I think would be great in this format, and that have been underrepresented in toys in general.

I realize there’s licensing involved and that in many cases we haven’t seen much merchandise featuring the characters and properties I’m about to run down because of how complicated these things can be. But if the Batman TV show could finally be released I believe that anything is possible.

Here are a few characters I’d buy in a second if NECA produced them in this style.

I grew up loving the original TV series. John Astin’s Gomez was so cool and funny. The Addams Family seemed somehow a little more dangerous than The Munsters; more subversive. Not that I understood any of that when I was a kid.

But as much as I loved the show, if we got NECA figures I would want them to be based on the Sonnenfeld movies. I’m not saying that NECA couldn’t do both, but those movies are absolutely perfect and have perfect casts.

Christopher Lee as Count Dracula – Lee is my Dracula. I grew up watching the Hammer Horror flicks with my Granny late at night on Wilmington, North Carolina’s UHF stations. I own a fancy sixth scale Lee from a company called Product Enterprise, but I think NECA could really do the most visceral onscreen Dracula justice.

I suppose I’d be satisfied with just Kronos, but if NECA somehow went bonkers enough to do a whole line like they did with The Hateful Eight, I’d be all-in. I can only imagine how awesome figures of Grost and Carla would be, as well as the Durwards with alternate vampire heads.

Trash – Sure – I’d buy literally anyone from Return of the Living Dead, too. But I think a Linnea Quigley action figure would be one of the greatest pieces of horror memorabilia of all time. There’d have to be two versions – alive and undead. NECA has proven themselves to be pretty sassy in the past, so I feel like these figures could be accurate, if you catch my drift. 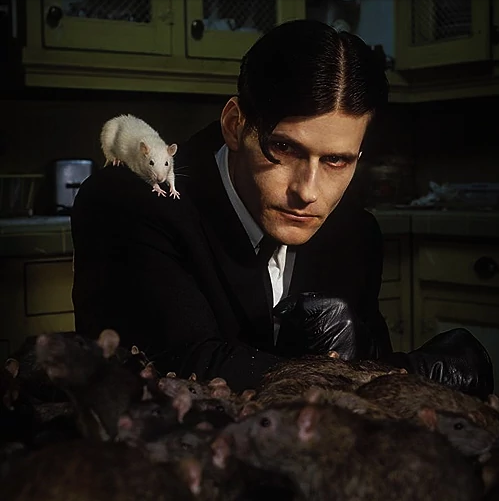 Willard Stiles – Crispin Glover with plenty of little rats as accessories. Who wouldn’t buy this?

Near Dark – I’d love to have some kind of figures of the greatest vampire film of the 80s. If I had to pick a single character to have, obviously it would be a burned up version of Bill Paxton’s Severin. But I’d gladly add Caleb and Mae, along with Jesse and the whole deranged vampire clan. This is a classic film that’s tragically short on merchandise, possibly because despite some of the over-the-top action, the vampires themselves are more subtle than what we see in many other franchises. 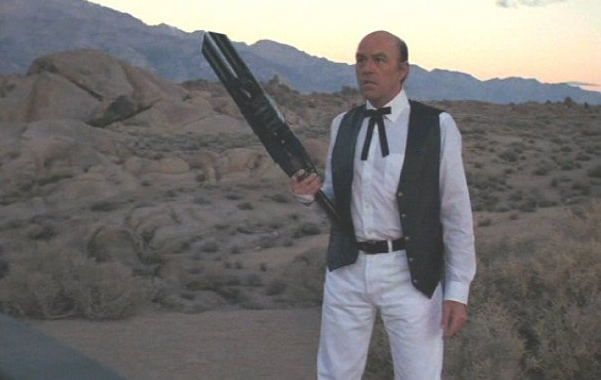 Phantasm – NECA released a Tall Man action figure years ago and it’s pretty great aside from the fact that it suffers from rubber foot syndrome. But retro style figures of the Tall Man, Reggie, and one of those little undead Jawa monsters would be amazing.

The Tall Man would have to include several different spheres, a set of gateway posts, and a couple of heads. Reggie would have a full arsenal, including his ridiculous shotgun. The Jawa monsters would be a two- or three-pack with slight variations in each.

Man, now that I think about it we’d need plaid shirt Reggie and ice cream man Reggie. And if NECA wanted to go completely bonkers and release a Barracuda, I’d buy it.

I’d buy Mike and Jody, too, but I can’t honestly say they’d be essential. Unless we’re talking about undead sphere-Jody from Phantasm III.

The Rest of the Texas Chainsaw 2 Cast – I hesitate to use a slot for this since NECA has already dug deeper into the franchise with Nubbins and Chop-Top, but this is my favorite Chainsaw and I want Lefty, Stretch, and Drayton so bad.

Mandy – Okay, so what I really want is a 3.75” line with every character from the movie and the Black Skulls’ motorcycles and four-wheelers.

But I’d be happy to have Red Miller in this style. Dr. Anton Phibes – This is one of my favorite of Vincent Price’s roles. The figure would, of course, come with several different heads.

From Dusk Till Dawn – Not the TV series, but the original film.

I don’t have anything against the show – I watched the first season and a couple of episodes of the second and it was pretty good, but I want Clooney, Tarantino, and Keitel.

Actually, this is another situation where I’d just go broke because I’d buy everybody from this one – Tom Savini as Sex Machine, Salma Hayek as Santanico Pandemonium, Danny Trejo, Fred Williamson, three Cheech Marins, and Juliette Lewis.

I wouldn’t buy Scott, though. Nobody needs Scott.

Mia Allen – The star of the shockingly great Evil Dead re-whatever deserves her own figure. Or figures, to be more accurate. A blood-soaked, one-armed, chainsaw-wielding version from the end of the movie is a must, but I know more than a few people who’d love to have a Deadite Mia with a grody forked tongue!

Laurie Strode – Finally, we MUST have a figure of the greatest Scream Queen of all time. If I had to choose, I’d go with badass warrior Laurie from the new movie. But I’d buy young Laurie, too. Ideally we’d get a couple of two-packs with both eras represented for Laurie and Michael.

Be sure to join the conversation in the Needless Things Podcast Facebook Group!