Ah Dragon Con. There really isn’t anything else like it. Granted I’ve never been to Comic Con or anything else that big, but I have been to some smaller cons. I guess most cons are smaller compared to Dragon Con. This was my 6th year getting a media badge, but my first year getting a hotel in the convention area so I was extremely excited. Showers and naps on demand are the most wonderful thing in the world. I didn’t stay in a host hotel so it was quiet(er), but that also meant we didn’t have raves happening below us at five in the morning. I had such a great hotel experience that I’m already on their list for a room for next year. If I had a first born child I might consider parting with it to stay in a hotel at Dragon Con again. It was that great. I’m not going to tell you which hotel because I want it to stay quiet as long as possible, but with over a 6% growth in attendance this year I don’t think any hotel will be quiet for too much longer. END_OF_DOCUMENT_TOKEN_TO_BE_REPLACED

Thus begins the first in what will be a long series of Dragon Con wrap-ups. But I just got home Monday afternoon, and went straight back to work Tuesday morning. I was on six panels, went to a movie premiere, dressed up twice (I can’t call an old Halloween costume and a Harry Potter robe cosplay), played wacky Japanese video games, saw two bands, spent a small fortune on a hotel room, saw a lot of great people that I don’t see nearly often enough, made some new friends, and partied like it was 1999. I’m beat, and there’s a lot to process over the next several days as I get my recaps underway. So let’s get official stuff and press releases out of the way this week. There’s lots more to come… END_OF_DOCUMENT_TOKEN_TO_BE_REPLACED

As of this writing the app came out yesterday afternoon. I haven’t even gone through it all with a fine tooth comb yet, but I’ve already got myself scheduled for more things than I can do. I’m actually on seven panels this year, and there are many others that I want to see. I haven’t even included time for things like Gnoll and I breaking out our Team Rocket costumes or just generally hanging around “the spot” with friends in a non-panel setting. For the first time ever I’ve given in and gotten a hotel room. It’s going to be pricey, but when I take a nap or get to sleep late it’ll all be worth it. Just remembering the trials and tribulations of taking MARTA last year makes it cheap at (almost) any price. Since this is my last post until after Dragon Con I’m going to fill it up with everything I’m going to do, would like to do, and just think sounds cool even if I know I probably won’t make it to. Please remember to update your app frequently for any important time or location changes. And just to make it extra easy for you to find me – the panels I’m on are highlighted in a fancy color. I mean, if you think blue is fancy I guess. END_OF_DOCUMENT_TOKEN_TO_BE_REPLACED 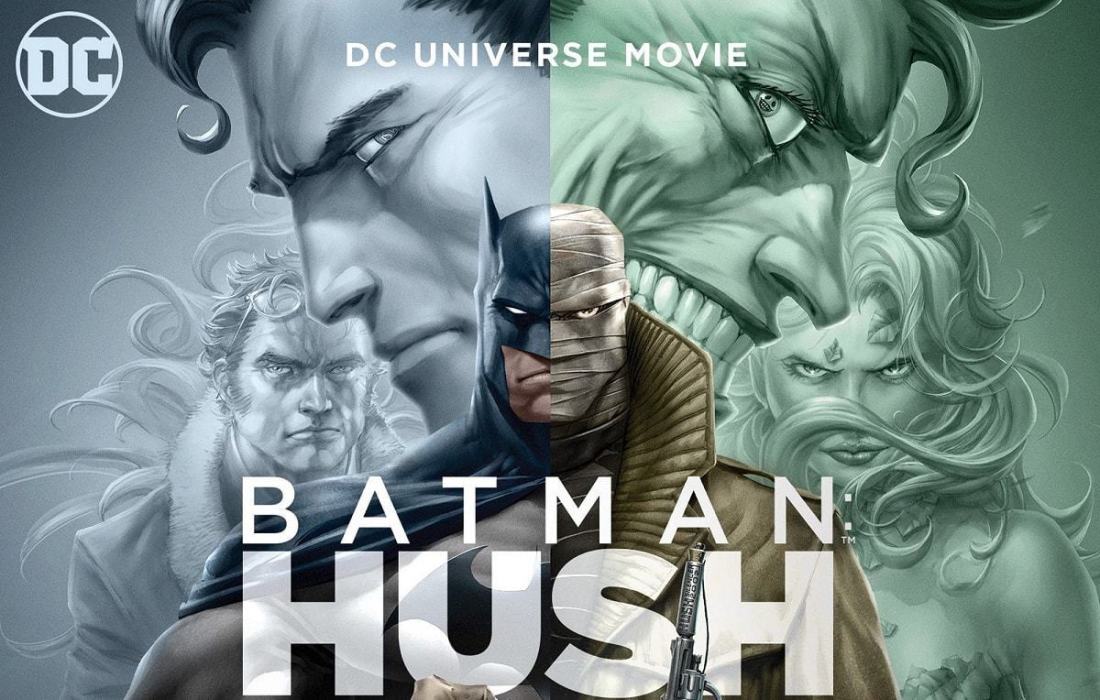 Batman: Hush. My first thought when I saw the title was about Buffy the Vampire Slayer. Hush was one of the best episodes, and one of my very favorites. My second thought was that someone was telling Batman to be quiet. This led to a voice in my head saying “Batman, shut yo mouth” followed by giggling in public to myself. I was at a Redbox in Publix at the time so I’m sure that looked weird to people. I’m certain I looked like a crazy person, but I don’t really care. I frequently crack myself up, and if you ever see my laughing alone in public just ask if you want in on the joke. I’m hilarious, and it’s sad that I’m so often the only one who knows it. What was I talking about? Oh yeah. END_OF_DOCUMENT_TOKEN_TO_BE_REPLACED

It’s time once again for Dragon Con’s Dragon Awards. Just like everything else about Dragon Con this is by the people, for the people. Regular schmucks like you and me sent in nominations. Well, you might not be a schmuck, but I sure am. And these same schmucks will pick the winners. Heck, you don’t even have to be going to Dragon Con to vote. I mean I hope you are going, but if you can’t then you can still be part of the action. Between this, and the ability to stream DCTV would be just like being there. Just register to vote here, confirm your email, and you’ll receive your ballot in a few days. Voting is open until Saturday August 31st, but you’ll be busy by then. So vote early, but not often. That’s one of the rules. I’ll admit that I don’t know everything about the nominees in each category. I do know something about a least one thing in every category though. That’s enough information to vote with. So go ahead and get voting. I’ll be back soon to let you guys know where you can find me, and other members of the Needless Things at Dragon Con.

END_OF_DOCUMENT_TOKEN_TO_BE_REPLACED

Well, it’s just over a month until Dragon Con. What does that mean? First, it means that I need to start drinking Emergen-C right freaking now. It also means that there are some status reports, updates, and press releases I need to get out into the world. Guests are still being added, and track schedules are far from finalized (drink if you even thought about asking when the app would be updated). There are still lots of exciting things that we do know so far. I’m gonna clear out a few updates and press releases before getting into the guests I really want to see this year. So much going on, and so little time before the party starts. I can’t believe that this will be my fifth year as a Dragon Con reporter. It seems like just yesterday I was taking “calming” shots to settle my nerves before my first interview. My nerves still get a little shaky even after all this time. So if you go to an early or mid-day panel where I’m speaking give me a big thumbs up for not dropping an f-bomb in front of your kid. END_OF_DOCUMENT_TOKEN_TO_BE_REPLACED

I was not able to start watching Stranger Things 3 the day it came out. Blowing stuff up on the 4th of July seemed more important than another tv binge. And, to be quite honest, I had been disappointed with the second season. I figured I’d get around to it eventually, but was in no great rush. It wasn’t that I hated it, but I just hadn’t been blown away like in season 1. Then social media started buzzing with how great season 3 was. Spoilers were everywhere, and I knew I needed to start it soon. So Sunday night I gave in and started it up. And once I started I didn’t want to stop. I had two days at work running on little sleep, but finally knocked out the last episode Tuesday night. I found myself very sad that it was over too. Season three was far superior to season two, and I need season four to come out like now. There are going to be lots of spoilers here so if you haven’t finished yet please do that first. I don’t want to be responsible for ruining your summer fun. If you are all caught up then come along while I run down what was good, and maybe not so good about Stranger Things 3.

END_OF_DOCUMENT_TOKEN_TO_BE_REPLACED

Yep, I’m reviewing a movie that came out almost a month ago. And really the main reason is that I wasn’t too excited about it at first. I didn’t care for the super slow and serious Godzilla of 2014, and Kong: Skull Island was merely worth the price of a Redbox rental. What convinced me to finally go and see it? The crappy reviews of course. Critics seemed to dislike Godzilla: King of the Monsters because it didn’t have enough plot or human drama. Those are precisely the things I don’t want in a monster movie so I finally got off my ass last weekend to check it out. I’m assuming that you’ve either seen it by now or don’t care enough if I give spoilers. END_OF_DOCUMENT_TOKEN_TO_BE_REPLACED

I waited a long time for this show to come out. It was one of the things I was most looking forward to this year, and it didn’t disappoint. You don’t have to have read the 1990 novel by Terry Pratchett and Neil Gaiman to enjoy the show Good Omens. It helps give you a deeper understanding, but it isn’t necessary. Gaiman has made the show different enough from the book that even if you just read it yesterday you won’t know exactly what’s going to happen. I don’t want to ruin anything for those of you who haven’t read/watched it yet. What follows isn’t really a review as much as a list of all the reasons you should just shut up and watch it. And then go read the book. END_OF_DOCUMENT_TOKEN_TO_BE_REPLACED

By now we’ve all seen plenty of anger directed at the last season of Game of Thrones. I’m not into that petition bullshit, and I don’t want to spread more anger out into the internet than is already there. People are truly mad about the wrong things lately if you want my opinion. I thought it might be more fun to take a look back to the start of the season, and check out the predictions I made of who would live, and who would die. I got some pretty big ones wrong. I still don’t know what I was thinking with Varys. I’ll also provide a bit of commentary about their fates. Because I’m just not me if I’m not making comments about shit. If you want to revisit the full season 8 episode 1 review you can do so. Otherwise I’ll just give you the list of characters I called with thoughts and results below.