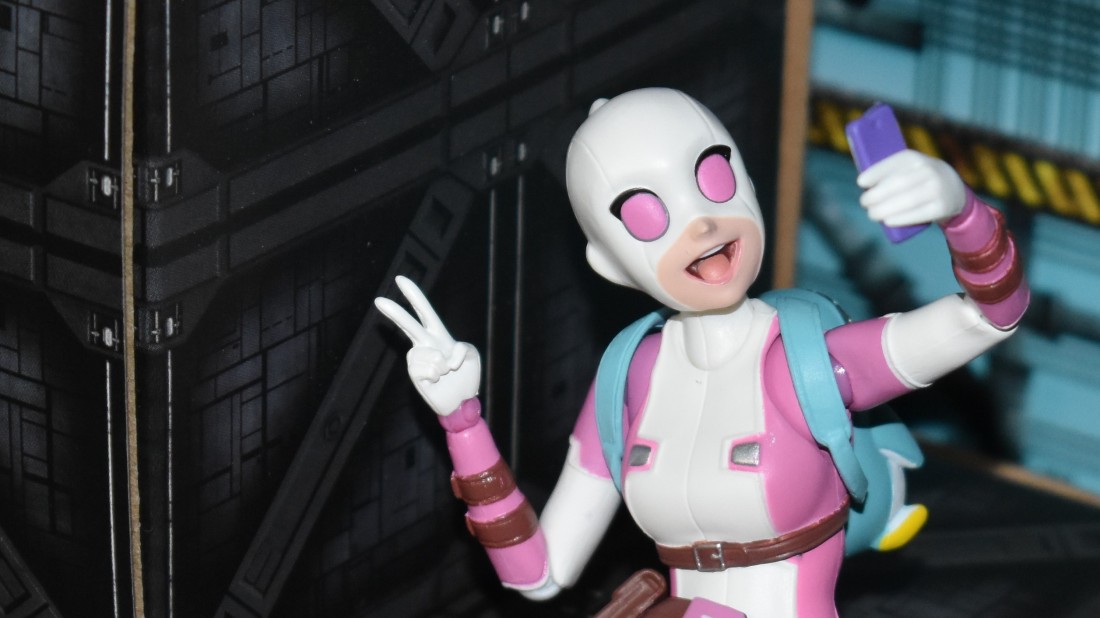 The Unbelievable Gwenpool by Christopher Hastings and (mostly) Gurihiru is one of my favorite Marvel comics of the last decade. It’s a meta masterpiece that started in the pages of Zdarsky and Quinones’ Howard the Duck, which is fortunate because otherwise I probably wouldn’t have ever given this character a chance. I’m not usually big on the cutesy, manga-style stuff.

To be honest I’m not always big into meta stuff either, but the character of Gwen Poole was written with such sharp humor and even a deep emotional core that I was hooked from the first full issue. As the series went on the concept of this character from the “real world” being in the Marvel Universe was explored in very earnest and compelling ways. It seemed very different from everything else that Marvel was doing.

As seemingly unbelievable as the concept itself, Gwenpool became one of my favorite characters.

I was pretty happy with Hasbro’s Marvel Legends Gwenpool, but as soon as I saw preview pictures of Medicom’s release I knew it was a huge step up. Of course, I also knew that it would cost a lot more, but I tend to be very conservative about buying Figuarts and MAFEX releases, so one of my favorite characters every once in a while isn’t a huge deal.

Was this Gwenpool worth the wait or should I have stuck with my twenty dollar Marvel Legend? Read on and find out! END_OF_DOCUMENT_TOKEN_TO_BE_REPLACED