After generating a little bit of social media buzz, I got a few inquiries about this. Never one to miss out on an opportunity to add to our dozens of fans, I thought it would be a good idea to write a post about how I made

It’s utterly silly and also wonderful at the same time and customizing it brought me tons of joy, so I’m more than happy to share the process. Especially since I actually thought to take pictures every step of the way.

END_OF_DOCUMENT_TOKEN_TO_BE_REPLACED

Star Wars vehicles are very important to me.

If I’m talking about Star Wars toys I’m probably going to mention that the starfighters, cloud cars, assorted tanks, and the odd space freighter are critical to any toy line focused on The Galaxy.

Note: Ever since I watched the Solo special features and heard Ron Howard refer to Star Wars as simply “The Galaxy” I have thought it was absolutely wonderful. Pardon me while I obnoxiously co-opt his term of endearment.

The 3.75” Star Wars line has gone through a lot of changes over the past decade and the last few years, specifically, have seen dramatic changes in how Hasbro releases vehicles. Toy production costs have skyrocketed, so the days of getting an acceptably scaled starship for under forty bucks are gone.

Ten years ago you could purchase a (reasonably) accurately scaled Jedi Starfighter with a functioning cockpit, spring-loaded wings and missiles, a removable droid piece, landing gear, and other bells and whistles for $19.99. Since then, as production prices have risen, Hasbro has tried various methods of getting vehicles to the public – scaled-down versions, simplified models, (much) cheaper plastics, less deco, and big hunks of rotocast plastic that don’t even interact with figures.

None of these were for me and I have had to sort of accept that 3.75” scale vehicles were no longer part of my collecting habits.

Fortunately I have an eleven-year-old son who likes Star Wars, so I’ve been keeping tabs on things through his collection. Hasbro has done some interesting things since The Force Awakens and I’ve actually picked up a few items here and there (on clearance).

This past year, though, Hasbro has shown a new interest in getting collectors like me back on board.

You all probably know about HasLab and the forthcoming Sail Barge (good lord it’s less than two months from shipping and I have no idea where I’m gonna put that enormous sonofabitch), but we also got a special treat in the form of today’s subject – a Vintage Collection Imperial tank from Rogue One.

If you don’t know, Hasbro’s Vintage Collection is a line meant to appeal to collectors like me. It uses packaging based on the looks of the original Kenner line, which is a huge draw. Beyond that, the toys themselves have more articulation and deco than the current basic 3.75” releases. While I enjoy the look of the packaging, I open everything, so the quality of the toys is much more important to me. They could put a super articulated figure with great deco in a Mylar bag with cardboard stapled to the top and I’d buy it.

This Imperial vehicle – from a key scene in Rogue One: A Star Wars Story – was the first modern Vintage Collection vehicle release. There is currently also a Walmart exclusive TIE Fighter that’s less appealing to me because I already own some fine TIE Fighters and don’t want to pay eighty bucks for a slightly different one.

I’m a big fan of that scene and this tank and when Hasbro first shared pictures of it (at Toy Fair, I think) I was excited. But I also knew that I probably wouldn’t buy it because it would probably cost way more than I was willing to spend. Once it hit retail that turned out to be the case, so I resigned myself to missing out if the price didn’t drop.

Yes – I am aware that waiting for things I want to drop in price probably reduces the likelihood that toy companies will produce more things I want in the future. But I’m at a point where my idea of value has been left behind by inflation. If something is too expensive for me anyway, I’m okay with it going away.

Of course, there’s the whole other issue of those One:12 figures I love so much costing as much as this tank, but that’s a conundrum for another day.

Anyway, eyeballing Amazon for dropping prices on toys I want, but not badly enough, has become a habit. Much to my surprise this beautiful tank dropped to forty bucks just before Christmas, so I ordered one. Is it worth forty or maybe even the original eighty? Read on and find out! END_OF_DOCUMENT_TOKEN_TO_BE_REPLACED

NECA’s line of 8” clothed action figures is one of my favorites right now. They’re essentially style updates of the classic Megos that were my first action figures, but with a focus on horror franchises.

They have released numerous non-horror figures from A Christmas Story, Planet of the Apes, National Lampoon’s Christmas Vacation, and more; but my focus is on the horror stuff. And Weird Al. And probably Ace Ventura.

NECA has hit the modern standards of horror with this style – Freddy, Jason, Leatherface and family, Ash, and plenty more. They even released a Herbert West recently. And I wouldn’t be surprised to see a Michael Myers or two sooner than later.

The figures are great and fairly easy to collect because NECA releases one every couple of months, so they aren’t overwhelming. And as much as I love the 80s horror icons, I think it’s time to look a little further back and dig a little deeper.

I’ll go ahead and say right now that the Universal Monsters won’t show up here. I love ‘em and I think NECA would do a great job, but I have plenty of those guys. I haven’t even bought Super7’s great-looking new 3.75” figures yet because I’ve already got so many Draculas, Gill-Men, etc.

But there are some characters that I think would be great in this format, and that have been underrepresented in toys in general.

I realize there’s licensing involved and that in many cases we haven’t seen much merchandise featuring the characters and properties I’m about to run down because of how complicated these things can be. But if the Batman TV show could finally be released I believe that anything is possible.

Here are a few characters I’d buy in a second if NECA produced them in this style. END_OF_DOCUMENT_TOKEN_TO_BE_REPLACED

It looks like Funko has found the next action figure format to go completely bonkers with.

Their initial launch of Mortal Kombat characters didn’t exactly excite me, but once they added Conan, Thundercats, these horror icons, and most recently a crazy assortment of DC Comics characters; I had to consider myself a fan.

I suppose these horror figures are sort of divisive. If you’re a fan of weird stuff and different takes on or mash-ups of things you love, these are great. If you’re a stuck-up sourpuss that hates fun, they probably aren’t for you. END_OF_DOCUMENT_TOKEN_TO_BE_REPLACED 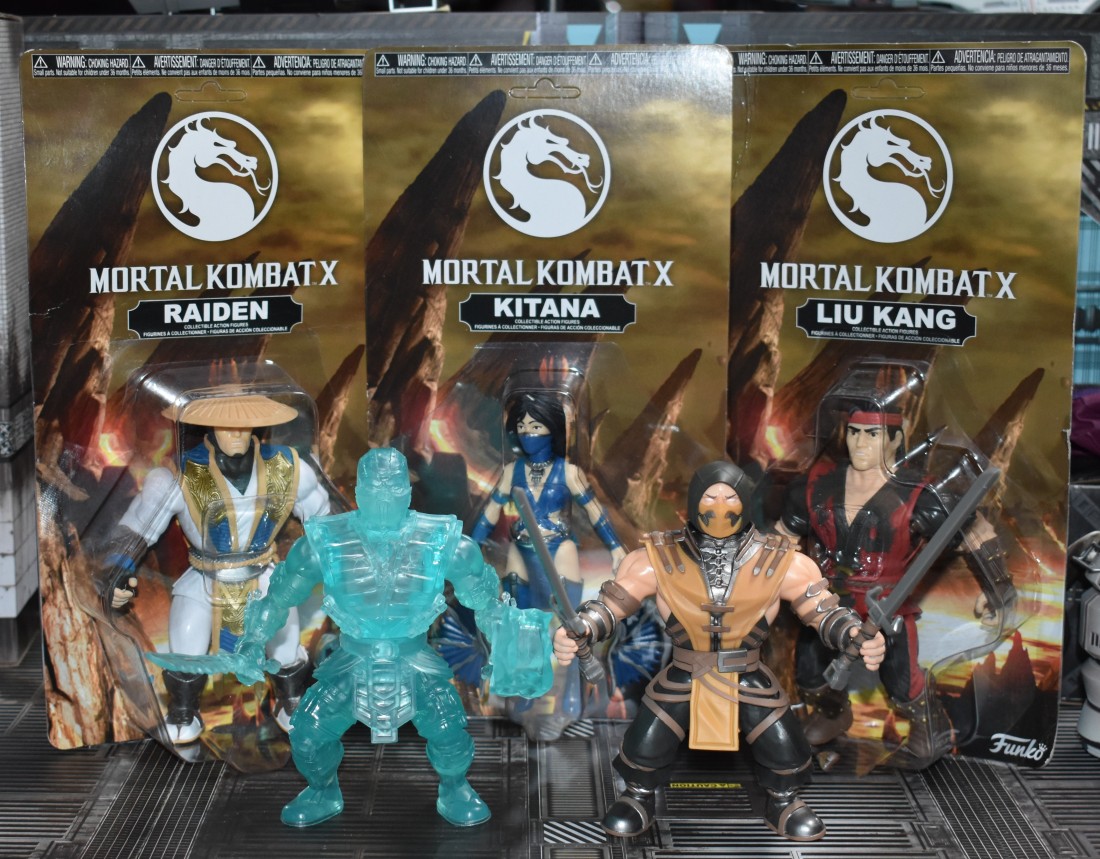 These vintage Masters of the Universe-inspired figures caught my eye from the second I saw them at Toy Fair or SDCC or wherever they were first shown off. END_OF_DOCUMENT_TOKEN_TO_BE_REPLACED